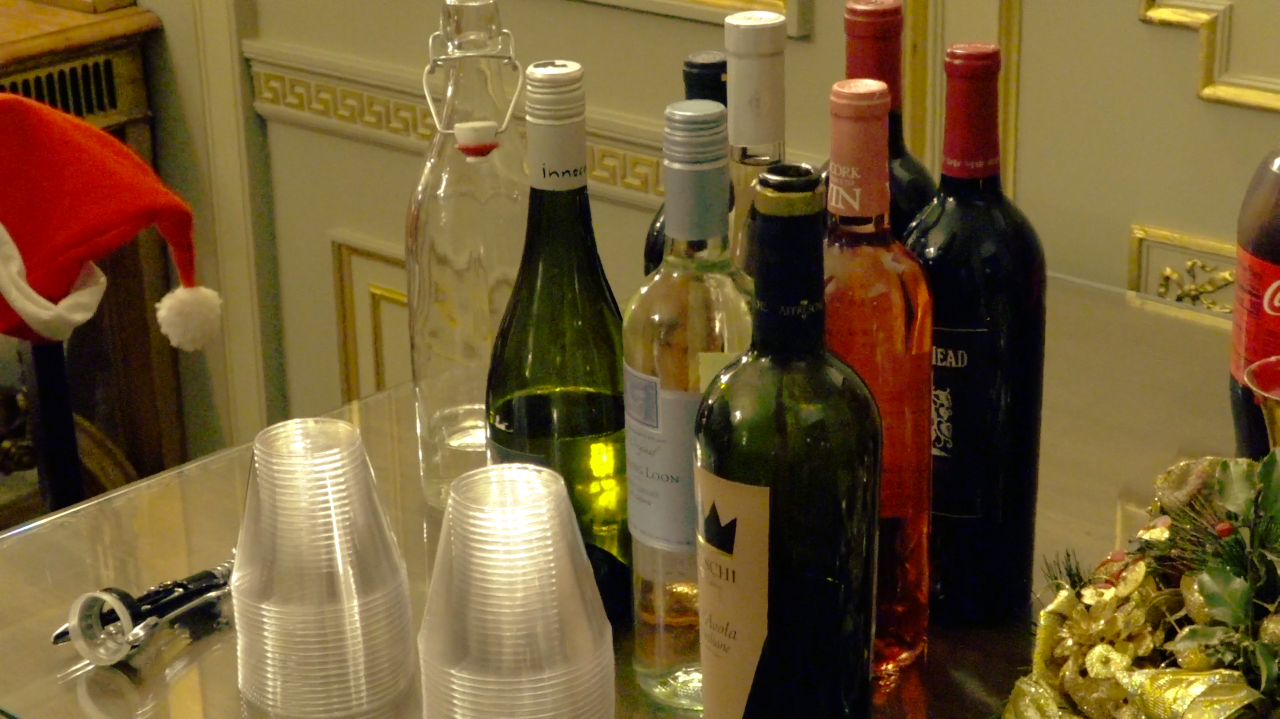 Since September 2017, the Boston University Police Department (BUPD) has carried out more patrols to oversee over-drinking and underage drinking, particularly in Allston, the populous off-campus residence that has become high drinking area.

According to BUPD, so far during this semester, 71 students were transported to local hospitals for binge drinking. Compared to the past three years, the number has declined. Police officer Peter Shin said that at least 80% of those students who were transported to hospital are under age 21, the legal drinking age in Massachusetts.

Officer Shin said, “We have people assigned to work to do that at night, but people are buying alcohol in the morning or in the afternoon, we are not really affecting that. And another thing is that if they drink in Gardner and Pratt Street area, we don't really have the jurisdiction over there. So we are not going house to house to stop things.”

Fraternity and Sorority communities play essential roles in college students' life and contribute to the culture of binge drinking. At Boston University, 13% of students are involved in these organizations. A study by American Psychological Association shows that students in Greek systems tend to drink more heavily than non-Greek students.

Sarah Stewart, the President of Panhellenic Council who operates ten sororities at Boston University, said, "It's a problem on college campuses in general. I think that Greek organizations historically facilitated the consumption of alcohol. But I do not think it's just Greek Life issue. It's an athletic issue or a theater issue. There are multiple organizations participate in binge drinking. It's just something that causes students to participate in general.”

Overdrinking is associated with serious consequences. According to the National Institute on Alcohol Abuse and Alcoholism, every year, about 1825 college students die from alcohol-related injuries, and approximately 97,000 students become the victim of alcohol-related sexual assaults.

Officer Shin believed that alcohol is a factor in most sexual assault cases here, “It doesn't necessarily have to be that both people were so drunk that one person decides to sexually assault somebody. Alcohol tends to see lower ambition; you know when sober you will not consider having sex with somebody. But if you have a few drinks, your ambition will be a little bit lower so you will make a decision you would not make.”

Stewart said, “It really depends, depends on the situation. I believe it plays roles in some. I think that a really high percentage of people are assaulted or sexually assaulted by someone they knew. I think it goes beyond alcohol. Alcohol blurs the line and makes it difficult. I think there’s a lot that goes into it.”

“The issue with Greek Life is horrible lately, and people have lost their life because of alcohol and hazing,” Stewart said, “I think the standards that the university is taking on is really important. And I have been really close communication with the Dean about their expectation of us. What standards do we uphold ourselves to. I think BU is really on a good path to make sure we are not falling into these tragedies that are happening.”

Also, Boston University requires first-year students to take an online alcohol course, part of which should be taken before they move on campus.

David Zamojski, Assistant Dean of Students and Director for Residence Life, “I mean education is helpful. When students are found responsible for violating alcohol policies. We would typically expect the students to receive some education from Wellness and Prevention Services.”

Zamojski said that students who call for help for themselves or their friends will not receive any disciplinary sanctions from the university.“So it's important that the student does not perceive calling for help could lead to consequences through the conduct process,” said Zamojski.

Officer Shin said, “I understand that drinking is part of university lifestyle. People who want to drink will find the way to get alcohol. So my advice to everybody is that If you're going to drink alcohol, you need to protect yourself.” He also suggested students drink moderately, keep an eye on your drinking, go with a group, and leave no friends behind.